Cebu Street Foods | The Other Side of Cebu’s Food Culture 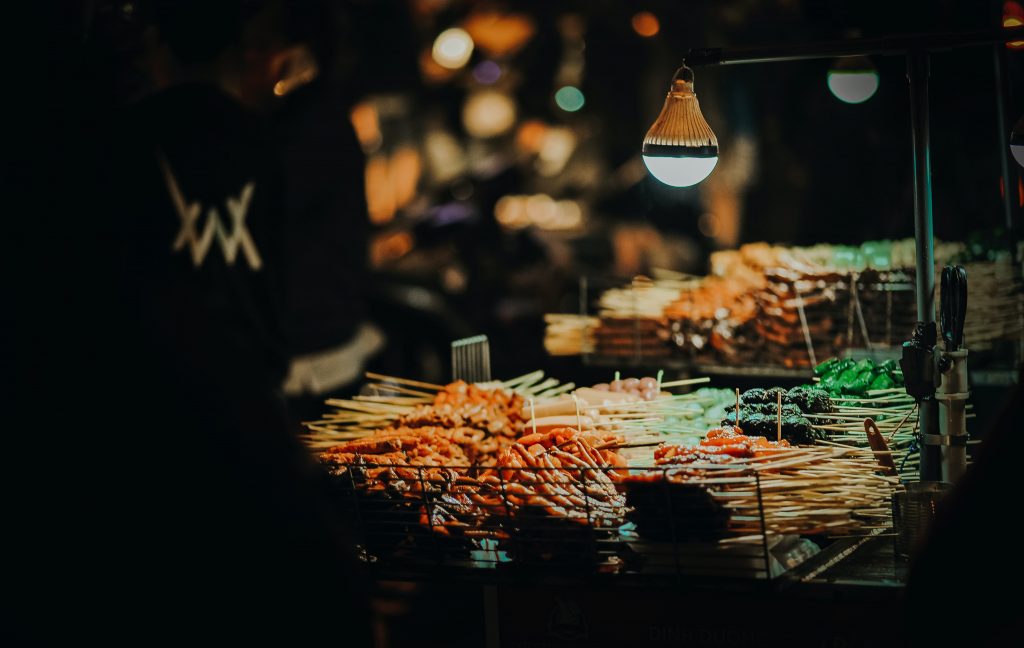 Enjoy Cebu’s street foods by learning what to try and where to find them.

Your trip to Cebu wouldn’t be complete without trying the best street foods the city can offer. Street food is basically a country’s identity, with different cities offering their own version of certain street foods. This is where you will find the rich culture of Cebu as a city that has been influenced by many cultures.

If you’ve ever been to Cebu, you will have noticed that there are lots of makeshift stalls all around the city. These stalls are mobile stores, selling a specific niche of products. In certain parts of the city, you’ll see food stalls lined up across the sidewalk, while in others, you’ll see stalls selling clothes.

Knowledge of the best places to grab a bite of the city’s best street foods is a necessity. For one, this knowledge allows you to try only the best; and for another, you will be able to discern which ones are more stomach friendly. By this, we mean being able to eat without having to suffer from a churning stomach the next day.

Well, yes, it might be normal for you to develop a rumbling stomach should you eat unfamiliar food for the first time, but it is of course safer to know which ones are considered cleaner than the others.

Once you know the best place to try Cebu’s most popular street foods, knowing what you are about to eat should be your next priority, especially if you have food allergies or perhaps preferences. But hey, if you really want to experience the city’s food culture, put your preferences aside and just dig in. There’s no harm in trying something you never wanted to eat before.

And if you’ve run out of things to do in Cebu, trying out the city’s street foods should be on your list! It’s entirely a whole new experience that you can cross out of your bucket list.

Street Foods and Where to Find Them

You may have already heard of the infamous balut, but the question is, have you already tasted one? If you still haven’t, now is the time to try! Balut is a delicacy in the Philippines that is said to have aphrodisiac effects. Well, aside from that, it is basically every foreigner’s initiation into the Filipino food culture.

Balut is a steamed egg—duck egg, to be more specific. The eggs are marked according to the number of days they have been developing. Yes, balut, unlike the regular egg, is fertilized—that is, it has a developing duck embryo inside of it. But worry not, the egg has been steamed to the point where even the bones are edible.

Depending on how many days the egg has been developing, you’ll soon find yourself face to face with a feathery mouthful if you are not careful. But don’t choke or spit it out though, you’ll be surprised at how delicious the infamous balut is, despite its somehow unfavorable texture.

A duck’s egg normally develops within 30 days. Within this time period, the balut is categorized into how many days an egg has been developing. An egg that doesn’t have an embryo is called a balut penoy. Eating one, you’ll find that it is just like eating a normal hard-boiled egg. A 16- to 18-day-old balut will already have a developing embryo in it, but the embryo is still so small that the duck’s features are indiscernible. For the more adventurous eater, the 21-day-old and beyond balut is more fitting. With this age group, the embryo will already have prominent features such as a beak, and small feathers. No worries though, the whole thing can be eaten as it is very soft.

Location: Back in the old days, you really didn’t have to travel far to buy balut. At around 8:00 p.m., you will have heard traveling vendors yelling “Baluuuuut!” That is the cue that they are nearby, and if you want to buy one, you’d best run for the street to catch up with them.

Nowadays, however, balut vendors rarely travel. Though some may still do the usual rounds of the city, most vendors now have a location that they set up and sell their balut. While some native restaurants offer the delicacy in their menu, we are talking about street foods here, so going to one wouldn’t be as exciting.

To satisfy your craving for balut, you can visit Colon during the night. You will find a lot of vendors on the sidewalk of the oldest street in Cebu, and there’s no mistake that you’ll find one selling balut among the many street foods. Before going to Colon, you might ask yourself, “Is Cebu safe?” Well, generally, yes. But just like any other country, small crimes are not impossible. So if you are careful, you shouldn’t have to worry about traveling at night.

If you are anywhere near IT Park, some streets such as the one going to Apas, and the entrance near Paradise Village should have a balut vendor or two. Some vendors can also be found somewhere in the Sto Niño church area.

Just like balut, isaw is another Cebu delicacy. It is chicken intestine that is grilled and smothered in catsup/ketchup. The intestine is skewered using what is called a barbecue stick which is several inches long, long enough for the intestine and just enough extra space for holding.

Isaw is not for the weak of stomach though because while the intestine has been cleaned, some of its contents are left behind, and when you take a bite of it, you can distinctly taste its contents, not to mention its texture.

Make no mistake though, isaw is interestingly delicious!

Location: Just like balut, you can find vendors selling isaw on the sidewalks of Colon. There are literally hundreds of them selling the delicacy. When you travel around Cebu, you can also find sidewalk grills where isaw is sold. It is basically sold anywhere in Cebu.

Ginabot is pig intestines that is salted, dried, and then fried. It is a common food item in what is called pungko-pungko. In English, pungko-pungko literally means “sit-sit.” Filipinos are fond of using certain words twice, thus the name. And as literal as the name suggests, pungko-pungko are street eateries where you sit just beside the street. Of course, you will be given a stool or some sort of bench to sit on.

Cebu has a lot of interesting food choices to choose from. If we have to make a complete list of street foods in Cebu, it would take you days to finish the article, and we aren’t even kidding. The best way to learn more about Cebu’s street foods is to experience them firsthand and in the streets where they can be bought. What’s more, eating in the streets will not only give you a chance to try delicious food; it is also a place to meet beautiful Cebu women. Oldest street with a new shopping center in Cebu?

Nothing tells a story more of the place's history

Fort San Pedro is the oldest and smallest fort in

This Aloguinsan tourist spot is one of the best bu

Truly a hidden paradise worth visiting! Getting to

This Shell Gas Station in Cebu Has an Art Gallery!

Shell Robinsons is one of the first gas stations to have an art gallery Gas stations are essential for any kind of road trip. You

Werpa Food Park is located in Punta Princesa, Cebu City. Food parks are all the rage nowadays. For some, they are the best places for

The brand new shopping center, Iconique Mall, offers an outdoor dining experience along one of the most famous streets in Cebu. Colon Street is the

Museo Sugbo is a museum in Cebu City that houses all kinds of artifacts gathered from the different islands in Cebu. Museo Sugbo takes you

The Fort San Pedro is a former military structure that hearkens back to years of history in the Queen City of the South. The many